Some of John McCain on His Passing

A Bit on the Death of Billy Graham

Some of Robert M. Pirsig on Life 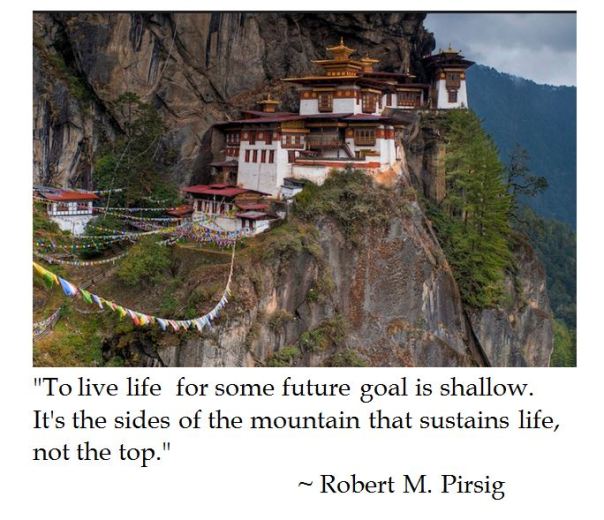 A Bit of Mary Tyler Moore on Life

A Bit of RIP for John Glenn 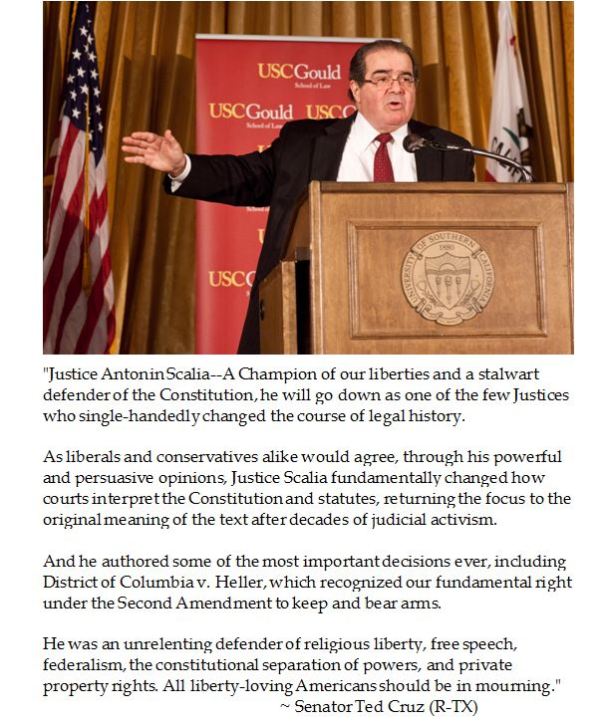 Former Representative Jim Traficant (D-OH 17th) was critically injured in a tractor mishap on his daughter’s farm in northeastern Ohio.  The 73 year old Traficant was believe to be pulling a vintage tractor which tipped over him inside the barn and trapped Traficant underneath the machinery. Paramedics found Traficant unconscious and eventually medivaced him to a hospital in Youngstown, Ohio where he was kept in a medically induced coma to try to stabilize him before he expired.

In a case of sad irony, the accident occurred on the farm which became the focal point of  the two month trial in which Traficant represented himself and was convicted on ten counts which included bribery, racketeering, and tax evasion.  Thus, the House of Representatives expelled  the eight term Congressman on a vote of 420-1 in 2002.

Traficant served seven years in federal prison before being paroled in 2009. While in prison, Traficant turned to art as therapy, which he would sell online to pay for more art supplies.  But being in “Club Fed” did not deter Traficant from running for office.  In fact, Traficant ran for his old Congressional seat while behind bars and won 15% of the vote vying against his former aide Rep. Jim Ryan (D OH-17th now 13th)

Traficant was a flamboyant figure on Capitol Hill.  Traficant insisted on styling a pompadour which Traficant himself called “the weed whacker” but a hairdo which others likened to muskrats mating.  In prison, it was became evident that Traficant just sported a bad toupe.  Traficant also insisted on wearing out of style clothing in the well of the House, like denim suits and wide lapel sports jackets.

What drew great notoriety for Cong. Traficant was his eccentric, amusing and “earthy” One Minute Speeches.


Traficant would often punctuate his political rant by saying “Beam me up!”, thereby repopularizing the Star Trek catch phrase.  Assuredly, Traficant’s quip of “Beam me up” sounds much better than supporters trying to sing it in a polka honoring the paroled Congressman.

These attention grabbing speeches would generate publicity as light hearted news for the low information voter, but these epic rants reflected the blue collar, common sense sentiments of his Mahoning Valley constituents.

James Traficant was a flawed but faithful fellow.  May the heavens beam him up and he yields back whatever is left.

Mickey Rooney (ne Joseph Yule, Jr), who had been in show business for virtually his entire life, died at the age of 93 in North Hollywood, California. Rooney was a childhood star who starred in over 300 films and television shows. Rooney was honored with two Academy Awards, one for his role in Boytown (1938) and an honorary Oscar in 1983 for fifty years in the movie industry.

Rooney also earned an Emmy in 1981 for his portrayal of “Bill” about a mentally disturbed man struggling with deinstitionalization.

Despite his enormous acting talent, Rooney led an erratic off-screen life.   Film historian Jeanine Basinger opined: “Mr. Rooney had talent to burn, and he burned it…He has done everything there is to
do in show business, all with equal success, and it might be said, equal
failure.” He was married eight times, struggled with substance abuse, womanizing  and gambling.

While some may turn askance at Rooney’s messy personal life, it is remarkable how Rooney became an evangelical Christian late in life and continued to share his faith until his passing. In the 1970s, Rooney shared how his Christian conversion occurred in the coffee shop of a Lake Tahoe casino when an angel, disguised as a busboy, whispered “Mr. Rooney, Jesus Christ loves you very much.”  After that encounter, Rooney became an active member of the Center for Spiritual Living (a.k.a. Church of Religious Science), founded by Ernest Holmes.

Rooney also relished his relationship with Boys Town, the orphanage in Omaha, Nebraska founded by Servant of God Monsignor “Father” Edward Flanagan in 1917, who is now being investigated by the Vatican for sainthood. The film Boystown was a fictionalized retelling of the “City of Little Men”, with Rooney in his first dramatic role portraying troubled youth Whitey Marsh and Spencer Tracy in the role of Father Flanagan.  Father Flanagan dedicated his life to the belief that there is no such thing as a bad boy and the film dramatized the mission. 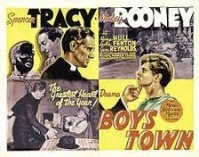 After Boys Town finished filming in ten days and was quickly turned around for release, MGM movie mogul Louis  B. Mayer wanted to scrap the film because the grim tale of crime and poverty was too different from MGM’s typical fair.  Mayer reportedly exclaimed: “It will never sell.  There’s no sex. There’s no songs.”  To persuade the MGM studio head, Rooney retorted: “It’s a song of freedom. It’s a song of rehabilitation. It’s a song of
youth, no matter what color or faith you are. It’s about praying. It’s
about living a good life.”

Mickey Rooney took great pride in his association with Boys Town as exhibited in 2003 when he was named Mayor For Life at a ceremony in Girls and Boys Town in Omaha.

As Rooney was promoting the Treasure Train (2011), he testified about his Christian faith and spoke with great affection about being the Mayor of Boys Town.

So as we mark Mickey Rooney’s passing, it is worth considering the values from Boys Town that there is no such thing as a bad boy and how dedication to Christ can clarify one’s life.

Mickey Rooney had his own ideas about his last wish.  In his 1991 autobiography “Life Is Too Short”, Rooney ruminated about his short stature.  Rooney wrote: “I’ve been short all my life. And if anyone wonders what my dying wish
will be, they can stop wondering. That will be easy. I’ll just tell
them, ‘I’ll have a short bier.’ ”

A short bier with a long legacy.