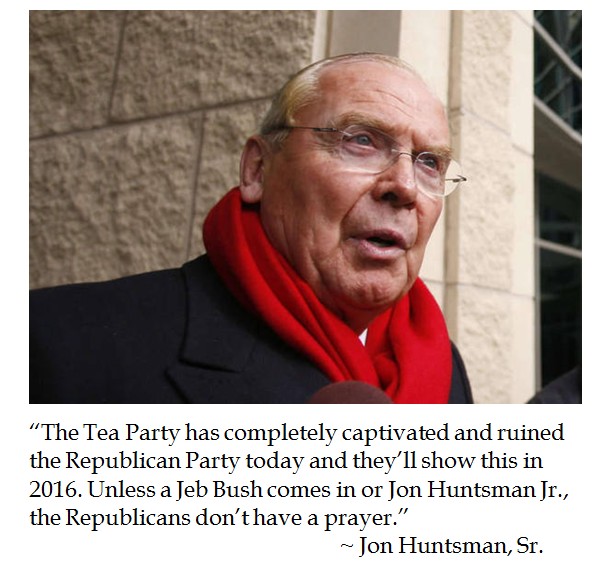 President Obama took pride that he unilaterally led US troops out of Iraq in 2011 (without achieving a Status of Forces agreement) and promises to do the same in Afghanistan by 2016.  Casual political observers may now conclude that President Barack Obama has dispensed with the dangerous illusion about optional wars after the aerial bombing  of ISIS and Khorasan Group targets in  Syria. US CentCom claims that the Khorasan Group was in the final stages of an imminent attact on US targets, potentially even in the U.S. Homeland.
However, in the run up to the still unnamed mission from the nascent anti-ISIS coalition, President Obama insisted on being clear about not having American boots on the ground.
Congress voted for funding to train Syrian rebels, but that training is said to take a year to accomplish.  Now that American airpower decimated ISIS and Khorason targets near Aleppo and Raqqa, Syria, an ISIS pull out would leave a power vacuum.  Without American boots on the ground, who re-establishes order?  Prior to the bombing, former Marine Corps Commandant (Ret.) General James Conway suggested that Mr. Obama’s apparent strategy against ISIS did not have a snowball’s chance in hell of succeeding.
Mr. Obama may still harbor the illusion about cafeteria conflicts, but General Douglas MacArthur’s warning that: “It is
fatal to enter any war without the will to win it” rings true today.
America acting to stop the brutality and belligerence of terrorist armies like ISIS and the Khorason Group which threaten US is a tardy step in the right direction.  However, not having a clearly defined plan of action other than ruling out boots on the ground may keep the chimera alive for the Commander-in-Chief.
h/t: Bob Englehart

There is a maxim that a picture can tell a thousand words.  To illustrate President Barack Obama’s lack of leadership, one need not waste so many words.A day in the life– July 17, 2014

Top Left- A Malaysian Passenger Airliner with 298 people (including 23 Americans and 80 children) was shot down at 31,000 feet over Ukrainian airspace near the Russian border with a sophisticated Surface to Air Missile.  Pro Russian “rebels” against Ukraine trumpeted a shootdown on Twitter and then retracted it once the civilian debris was spread over a path of 10 miles. These rebels also claimed to take the plane’s black box.    Russia wildly claims that Ukraine was responsible, claiming that the shot was intended for Russian President Putin and declaring that Ukraine was responsible for their own territory.

Top Right-  After 10 days of intense indiscriminate bombardment from the Iranian backed Hamas terror forces from Gaza, and a Hamas invasion force into Israel right after a five hour seize fire,  the Israeli Defense Forces launch a sustained air, sea and land campaign in Gaza to take out tunnels used to terrorize 2/3rds of Israel’s civilian population.

Bottom Left- A picture of the supposed US border where an alluvia of illegal aliens are overwhelming the US Border Patrol as Other Than Mexicans expect to gain “permisos” from the Obama Administration.  This stream of illegal immigrants are being kept in close quarters in makeshift refuge camps, often on underutilized military bases, without screening for communicable diseases like scabies, whooping cough, tuberculosis, Hand and Foot disease and swine flu.  These illegal aliens are being distributed around the country, being given EBT (food stamp) cards and told to report for a hearing months (or years) into the future.  The Obama Administration’s solution was a $3.9 Billion spending bill, which only dedicates $100 million to the Border Patrol.

Bottom Right-  President Obama’s schedule included meeting with an unemployed American at the Barbecue Pit in Delaware, a partisan rally for raising National Highway Funds in Wilmington, Delaware and then off to New York City for two political fundraisers which were closed to the press.  During the 30 minute Highway speech, Mr. Obama devoted 36 seconds to the world crises but noting that the downed jet  “may” have been a terrible tragedy and our first priority is to determine whether American citizens were onboard.  Nearly a day later, the Obama Administration’s investigation can not confirm if Americans were onboard.  Perhaps it is data lost on an IRS/EPA/FEC hard drive crash. 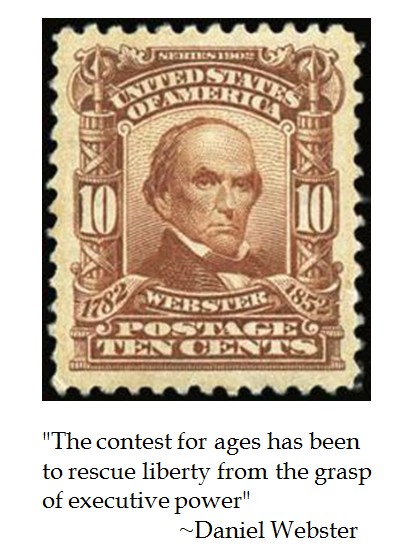 As Michael Bloomberg engaged in a publicity campaign with the New York Times which highlighted his $50 million personal contribution to support gun control, the three term former  Mayor (D,R,I, D– NYC) offered some insightful opinions on his eternal reward
.
While Mr. Bloomberg is Jewish in origin and agnostic in practice, he is confident that his nanny state policies banning Big Gulps, trans-fats, salt and his efforts to grab guns has earned him an easy pass through the Pearly Gates, should it exist.
Bloomberg’s metaphysical musings seem counter to Christian concepts of sacrificial redemption from the Cross, which will be celebrated this weekend during the Triduum and Easter. 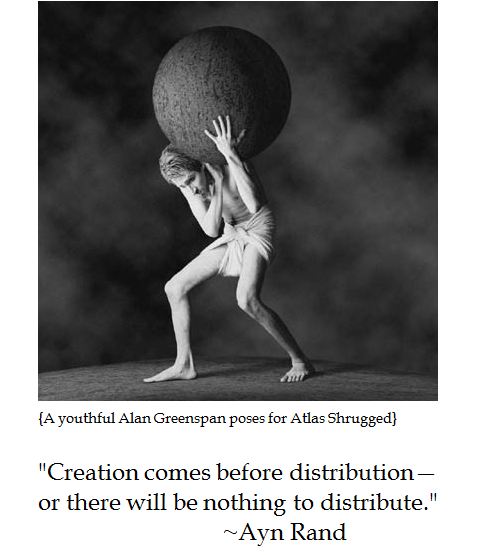 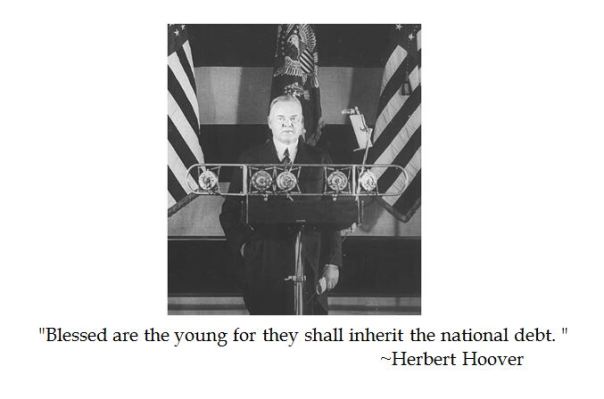 Planning a “Fed Up” Party Menu 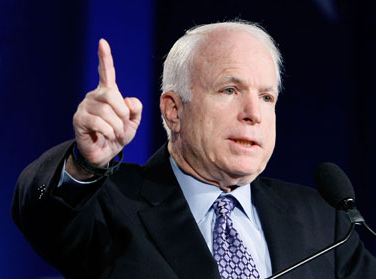 When Senator John McCain (R-AZ) speculated that a “Fed Up” Third Party might be formed to respond to disenchantment from beyond the beltways as to the way Washington works, one could not help but speculate at what might be served at the various nascent political movements.

The Coffee Party was a faux phenomenon that was proffered on Facebook in early 2010 to answer the Tea Party.  Obviously, the Coffee Party never properly percolated.  The Coffee Party Convention in Louisville in September only attracted 350 participants which received no media coverage.

is ever another Coffee Party klatsch , a suggested menu would be French Press coffee and croissants. The nibble is rather ironic considering that croissant like pastries were allegedly created to celebrate either the defeat of the Umayyad Caliphate by the Franks in the Battle of Tours in 732 or the defeat of the Ottoman Empire by Polish Forces in Vienna in 1683.  But they definitely need to choose better entertainers than Jonny 5 and his Coffee Party Rap from the Louisville meet up.

The Cocktail Party is neither a movement nor an organization but an elitist attitude which is adopted by establishment politicians who do not have to worry about re-election.  They forget about all of the earnest ideas that they campaigned on.  Instead Cocktail Party types embrace go-along-to-get-along back door deals and relish good standing on the Washington social circuit. 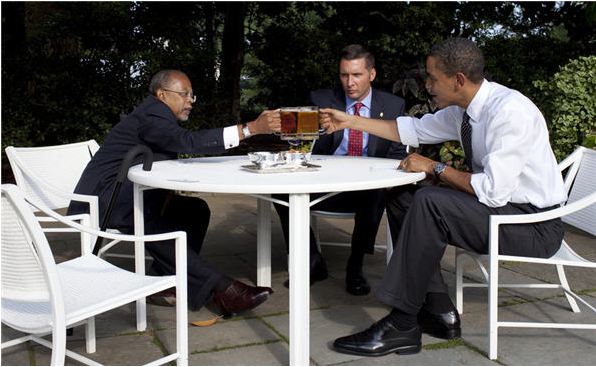 Naturally, it would be impossible for ordinary Americans to crash a Cocktail Party between the beltways.  When asked about Cocktail Party gatherings, they will claim that it is hot dogs, apple pie and homebrew with organic honey.  But the real menu behind the privacy curtain would be  pork belly appetizers, wine and cheese along with Cosmopolitans.

The Tea Party is made up Americans  who previously were otherwise unengaged in politics.  But these ordinaryAmericans feel that they are “Taxed Enough Already”.  Tea Party types tend to revere history and adherence to the Constitution.  Keeping those attributes in mind, planning a Tea Party menu is relatively easy task.  Severing a strongly brewed tea is sine qua non. Having Hardtack would also seem in order. Hardtack traditionally was a MRE for the troops  as it is inexpensive, long lasting and unlikely to be spoiled on the journey.

As for the so called “Fed Up” Party menu, it depends upon who answers the invitation.  Considering Sen. McCain’s record against earmarks, it is dubious that pork products would be served. McCain’s accommodationist tendency (Gang of 14, not using Obama’s Middle Name in the campaign) suggests that Milquetoast should be served.  And presuming this “Fed Up” Party is serious about shrinking government, then Slim Fast should be on the menu.  It does not sound very appetizing for a party, but that may be the point.  But McCain’s quips about class envy and major changes to the tax system might appeal more to the occupy movement.  If a third party goes in that direct, expect hemp tea and magic mushrooms to be on the menu.